If you are new to peer to peer lending, check out the introductory article An Introduction to Peer-to-Peer Lending by Peter Renton. 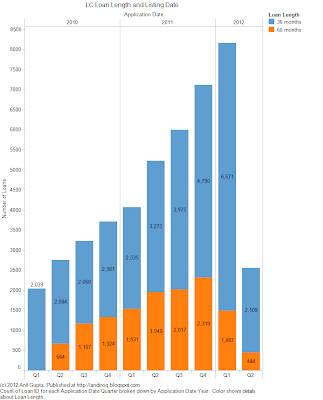 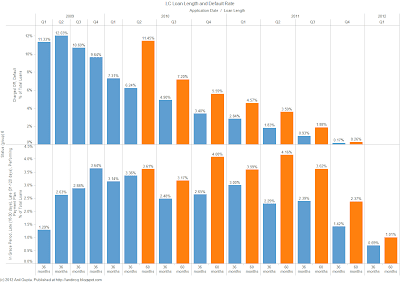 This observation is inline with Michael's real-life experience of much higher default rate with 60 month notes as described in his blog post Balancing Your Portfolio by Loan Term - 36/60 Month. A quick back-of-the envelope calculation for his portfolio default and late payment rate is shown below. It will also help some readers who requested examples of using default rates.

Assuming Michael has portfolio of 100 notes with 76% of portfolio in 60 month notes and all notes were listed in second quarter of 2010. 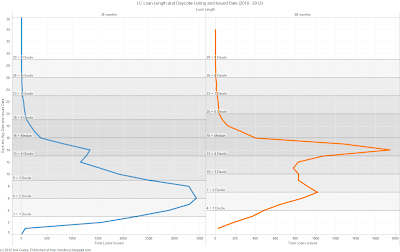 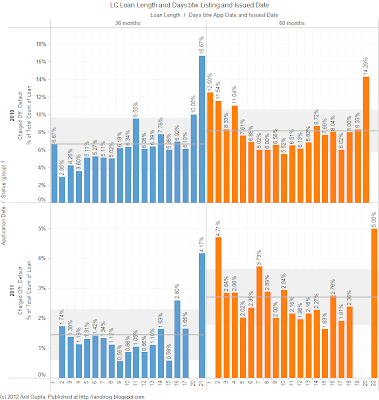 
Interested in Data Visualization, check out The Visual Display of Quantitative Information and New Perspectives on Microsoft Excel 2010: Comprehensive.