Lending Club provides information online on how credit grade is assigned to a loan application. The detailed procedure for setting credit grade, loan interest rate, base interest rate, and adjustment for risk and volatility is described in the latest prospectus [PDF] dated April 10, 2012. Let me review the base interest rate today as I expect it may be an important component of analyzing Loan Credit Grade and Interest Rates. 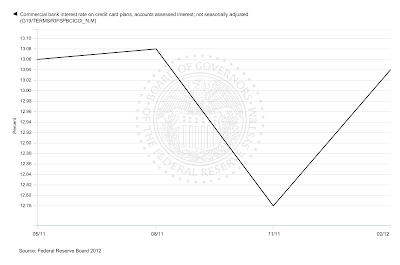 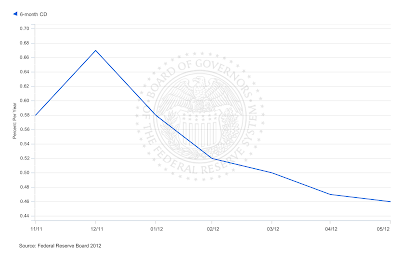 Lending Club modifies this initial base rate for economic slowdowns or expansions, whether borrowing requests exceed investor commitments or vice-versa, and rates set by other lending platforms and financial institutions.

Last time, Lending Club determined an adjustment of -1.60%. Considering Lending Club is a leader among lending platforms and economic condition was stabilizing or getting better in January 2012, I suspect that the decrease in the final base interest rate was due to investor commitments exceeding borrowing request. In other words, Lending Club presumed that there would be more lending supply than the borrowing demand.

A few Lending Club blog posts from 2007 and  2008 also mention the base interest rate adjusted based on demand (loan applications) and tend to rise when demand increases faster than supply (lenders' lending capital). This trend is also confirmed by Peter's observation in recent blog post Every P2P loan is Getting Funded at Lending Club that since September 2011, all loans listed on Lending Club platform have been funded.

The reason for using same assumed default rate for both Three Year and Five Year term loans is also not clarified in the prospectus. Michael in his recent blog post Balancing Your Portfolio by Loan Term - 30/60 Month points out that 95% of his late or defaulted notes have five year term. This observation suggests that assumed default rates also depend on length of the loan term.

Finally, the base interest rate is adjusted for assumed default rate, volatility factors, investor value and other factors, referred collectively as Adjustment for Risk and Volatility. I need to further research how Lending Club estimates the assumed default rate for sub-grade A1 and G5 and what factors influence the Adjustment for Risk and Volatility.

ClickZ recently published an interesting article Peer Learning: Gaining Insights From Social Lending Platforms by McNeal Maddox on the topic of Social Lending in the context of small business and entrepreneurs. On Lending Club platform, I would really like to support entrepreneurs. I just wish entrepreneurs provide more information about their businesses in loan details to make lenders comfortable lending to them.